Get the latest creative news from FooBar about art, design and business.

How to Make the Piercing Heal Faster?

How Can You Safely Recover From Nose Piercing Bump? 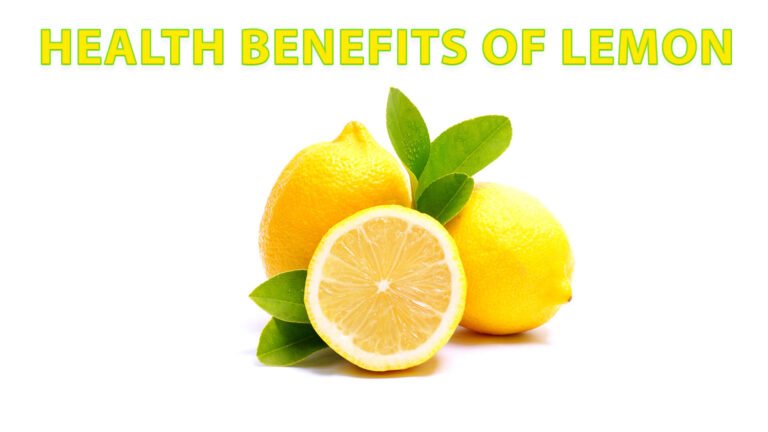 Share
Facebook Twitter LinkedIn Pinterest WhatsApp Email
Lemons belong to the citrus family and contain citric acid—(the substance giving them their sour taste). They are thought to originate from Asia, but today are used widely across the world to flavour food, drinks, and are even added to cleaning products.

Be it lemon juice, lemon pulp or lemon zest, every bit of the lemon is used for one or other reason. Lemon serves to be an excellent source of vitamin C and a good source of folate. But, how to spot the perfect lemon? Well, simply look for these signs;

Lemons are rich in unique flavonoids that have anti-oxidant and anti-cancer properties. Lemons contain flavonol glycosides, which include kaempferol-related molecules. They halt the process of cell division in many cancerous cells, but another important and particularly unique property of these molecules is their antibiotic effect.

A study was conducted in which a fraction of vesicles were obtained from lemon juice as a result of ultracentrifugation and the effect of these vesicles was studied on cancer cells. These nanovesicles had an inhibitory effect on the proliferation of cancer cells in various tumor cell lines [1]. Nano vesicles play a key role in cell to cell communication and have a significant influence on physiological and pathological processes, including cancer cells [1]. Their suppressive effect on the proliferation is through TRAIL-mediated apoptotic cell processes.

Lemons are an excellent source of Vitamin C, arguably nature’s most important antioxidant, which is abundantly found in citrus fruits. By neutralizing the free radicals in the body, it protects the body against free radical damage. These free radicals have the potential of damaging membranes, causing inflammation and swelling. Skin is particularly prone to free radical damage. A study conducted to study the effect of a compound (lem1) isolated from lemon oil, proved that the topical application of this compound caused a significant increase in the antioxidant potential of skin surface [2]

Lukewarm water with lemon juice and a bit of honey, early in the morning on an empty stomach has been used for centuries to enhance metabolism and thereby weight loss. The vitamin C rich lemon juice in this concoction speeds up the metabolism of fat and increases liver function. It also enhances the role of glutathione, which is not only a vital antioxidant but also plays a key role in quick slimming.

A clinical trial conducted on 84 pre-menopausal women, divided them into three groups, a normal one (Normal-C), one on a placebo diet (Positive-C) and one on lemon detox diet (Lemon-D). Assessment of body weight, body mass index, waist-hip ratio and percentage body fat after an intervention period of 11 days showed that there were significantly greater changes in these parameters in the Lemon-D group as compared to other groups. The study concluded that lemon detox program caused reductions in body fat and insulin resistance [3].

When life gives you kidney stones, make lemonade. Yes, like all other citrus fruit, lemons help in the prevention of kidney stones. Citrate in urine binds calcium and does not let it bind with oxalate, thus preventing the formation of kidney stones. Furthermore, crystals that have already been formed are also prevented from binding to each other, which prevent them from getting bigger and bigger. While you may not be able to tackle all types of kidney stones through this method, you would be able to take care of the most common type at least—those formed from calcium oxalate crystals. 1-2 Liters of lemonade throughout the day can definitely raise the citrate levels in urine.

After 10 days, when samples were collected for analysis the group on EG/AC group had large deposits of calcium oxalates in kidney, while the group on either concentration of lemon juice did not show these deposits. It was concluded that lemon juice has a protective activity against urolithiasis [4].

Lemons and their juices are packed with goodness and promise innumerable health benefits. Whether it’s about the effect of lemons on wrinkles, acne and dark spots, or its role in halting the growth of bacteria that cause infections, or its anti-oxidative and anti-cancer properties, or simply the weight loss promoting effect, lemons have it all.

How to Make the Piercing Heal Faster?

How Can You Safely Recover From Nose Piercing Bump?